Cables, adapters and connectivity in general when it comes to computers pose problems even to the most experienced users because the technology evolves very quickly and new standards appear each year, replacing the old ones. Very few interfaces have been used for more than 15 years (with the notable exception of the 3.5mm audio jack).  Talking to knowledgeable custom cable manufacturers is the best way to explore different cable options, and decide what will work best for your business. 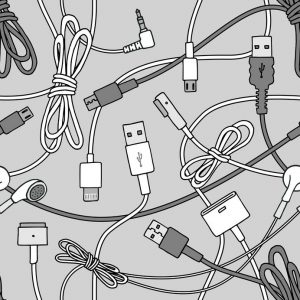 Here are some cables that we saw disappearing or we will witness their eventual demise, as the USB keeps getting better.

Among the most used peripherals are the keyboard and mouse, and until the until the apparition of USBs, PS/ 2 was the most popular port for connecting them to the PC.

FireWire was also known as IEEE 1394. The advantage it provided compared to the classic USB was that you needed a single port on your computer to connect many devices – a technique known as daisy chain. Also, the FireWire operations did not need as much work from the host system`s CPU and could transfer data in both directions (full-duplex) simultaneously.