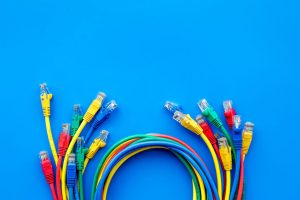 Many standards of cords and cables were used throughout the past few decades as the computer industry progressed. While some have remained, others have become all but obsolete, with most manufacturers discarding them and only older devices still retaining jacks and ports that allow you to access them with those types of cables.

A good example of this is the good old fashioned LPT cable, which was used quite heavily in offices just a few decades ago. As printers continued to evolve, the USB standard became the norm, and LPT units became obsolete. So if you still have an LPT cable lying around, you can definitely get rid of it.

RCA cables are on a similar path, although not all devices have discarded them. If you just bought a new LED TV or a brand new computer system chances are that they won’t have RCA jacks, so you can’t use your old RCA cable to connect to them. But older systems and devices might still have them.

Finally, you can definitely get rid of old PS/2 keyboard and mouse cables, since most mouse and keyboard interface standards have now switched to USB. The alternative would be to buy a PS/2 to USB adapter which, however, is an added effort that’s simply not required in this day and age.

If you unsure about what you should keep or throw away, contact knowledgeable custom cable manufacturers for the best insight.